B.C.’s first public library opened in 1891 – since then, they’ve served as community hubs providing access to information, programs and services for British Columbians.

In B.C., there are four types of public libraries: municipal libraries, regional library districts, public library associations and integrated public library systems. Each library has a board that is responsible for policy development, strategic direction, governance, hiring and finance.

In Chetwynd we are a public library association. Our volunteer board is built from a representative from the Peace River Regional District, a liaison from the District of Chetwynd Council, elected 8 community volunteers and the Library Director who acts as secretary to the board. To be able to vote at the AGM and to hold a board position you must be 18 years old and a member of the Chetwynd Public Library. 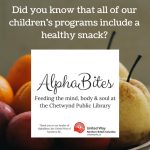 Our databases have lots of professional information not necessarily found through the Web.  We also have loads of recommended websites.  Check out our Online Resources page for more information.